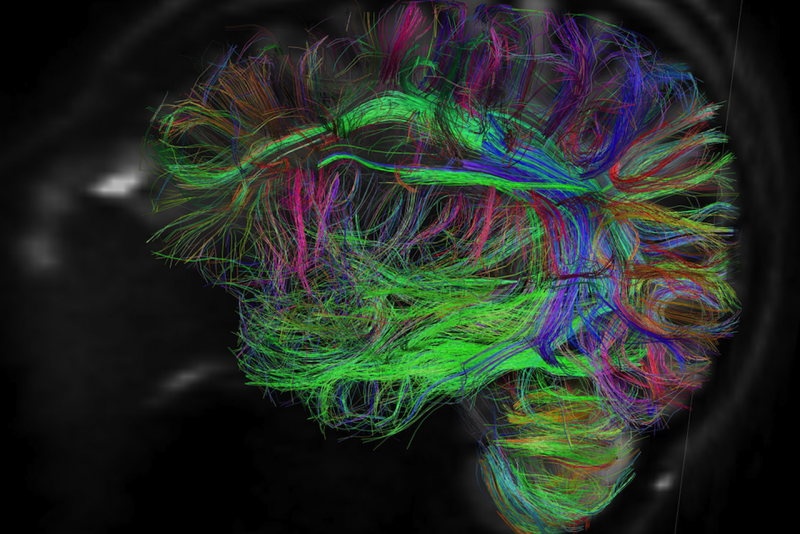 Now several years ago, a professor of applied psychology of a well-known Italian university told us this story.

All good religions be blessed and honored!

The river broke the bank and began flooding the countryside, the water rose rapidly: John the farmer, pious and godly man, took refuge on the first floor of his house, praying for divine providence to remedy.

Soon the rescue boat arrived, "Come John, come with us, the water continues to rise!" and John replied: I remain here and pray to divine providence.

The water continued to rise, and soon flooded the first floor of the house, John took refuge on the roof; the rescue boat passed again, "Come John, come with us, the water continues to rise!" and John, again, replied: I remain here and pray to divine providence.

And the water kept rising, and John had to sit at the top of the roof and hold onto the chimney; the rescue boat passed again, "Come John, come with us, the water continues to rise!" and John, again, replied: I remain here and pray to divine providence.

But the water went up again, and John the farmer drowned; because he was pious and devoted man, he ascended into heaven, and, when arrived at the heaven’s door, he complained to St. Peter, strongly protesting, for the Divine Providence had not listened to his fervent prayers.

St. Peter, worried, went to be sure how things had gone, entered the immense room where there were endless columns of stacked files, reached the desk of Divine Providence, which was, as usual, very busy: "John the farmer says that you do not listened to his prayers...

Divine Providence, adjusting the thick glasses on the nose, quickly delved in the archives and back triumphantly by St. Peter: "Here you go, flood, John the farmer, sent the rescue boat thrice!"

We can take it in many ways, I think we all happened to find ourselves saying to ourselves: Ah, if only I had listened...

For us systemics, at this point, it is easy to see that things are a bit more complicated than that: we are autopoietic, our codes, our neurograms, which guide our life-saving actions are precious and complex, they are elements of our Ego-System, fruit of inheritance and of great and prolonged personal labors.

The operations that allow us to accept a different advice from ours, to integrate different instructions, neurograms in our Ego-System are far from simple and straightforward, the conditions under which we can do it are precise.

Let's see some, without the pretension to exhaust the question here: the first condition, apparently obvious, is that we are dealing with a configuration of environment (real or virtual) that we recognize as threatening, as punctually reported by our nociceptive system.

The fact that the configuration is really, "objectively" threatening per se, is not enough: driving a car, in the chaotic traffic of the cities, is objectively threatening, but many of us do it, chatting quietly with the traveling companion.

And we can do that because we have very efficient neurograms, laboriously learned and long tested: in short, for us it is not a threat to our survival, indeed, it is a way to survive better.

The second condition, integrated with the first, relates to the other, the other offering the advice, the instruction, the neurogram, in short, the narrator: we systemics know that the Other is the whole of the neurograms that we use or we can use to deal with him/her and get what serves our survival.

My dentist is male, tattooed, wears an earring and does not have a face that I like very much, but he is very skilled with the anesthetics, and his cures are impeccable, as far as I know. My son is wonderful, practically perfect. The brotherly friend is wise, expert in life, amusing, witty and shrewd. The colleague is competent, but it is better not to give him the opportunity to hijack my client. The pharmacist on the corner is polite, the neighbor is rowdy, a bit intrusive and nosy.

In the complex constitution of the Other we find a further line of classification, Helper, to put it simply, according to degrees corresponding to our (complex and partially unconscious) evaluation of the support, of the help we believe we may receive.

Many people use to say: he hears what it wants to hear, understands what it wants to understand, as if we need the intervention of a will (for us systemic will does not exist, we call will something that we attribute to the Other, but which has no origin in the Other, on which the Other has no power) to determine what to listen to and what not.

Our neural machine makes very complex and very often exact calculations, using the neurograms it has, to determine which plexus-sequences of neurograms will guide the life-saving action: we can use the neurograms (the advice) of another only if the other one is, for us, a Helper.

And therefore, more important and overriding than the narrator's abilities to produce an effective narrative ("Come John, come with us, the water continues to rise!"), to be able to accept the advice, the indication of an Other, it is whether or not the Other is a Helper, with regard to the difficulties we are facing.

The first measure of effectiveness of the narrator is not related to the narrative that he/she will be able to put in play, but it is precisely to what extent the narrator can be recognized by the Other as a Helper, with regard to the difficulties that the Other is facing, in the real environment and in the virtual environment.

How do we do it? What can be done to be recognized by the Other as a Helper, starting from the condition in which, evidently, the Other does not recognize us as such, and therefore does not listen to us? Mission impossible?

It is not impossible, since we all have a certain number of Helpers, acquired during our life. There are some indications, success can’t be guaranteed in all cases, but we can do something to increase our chances of success.