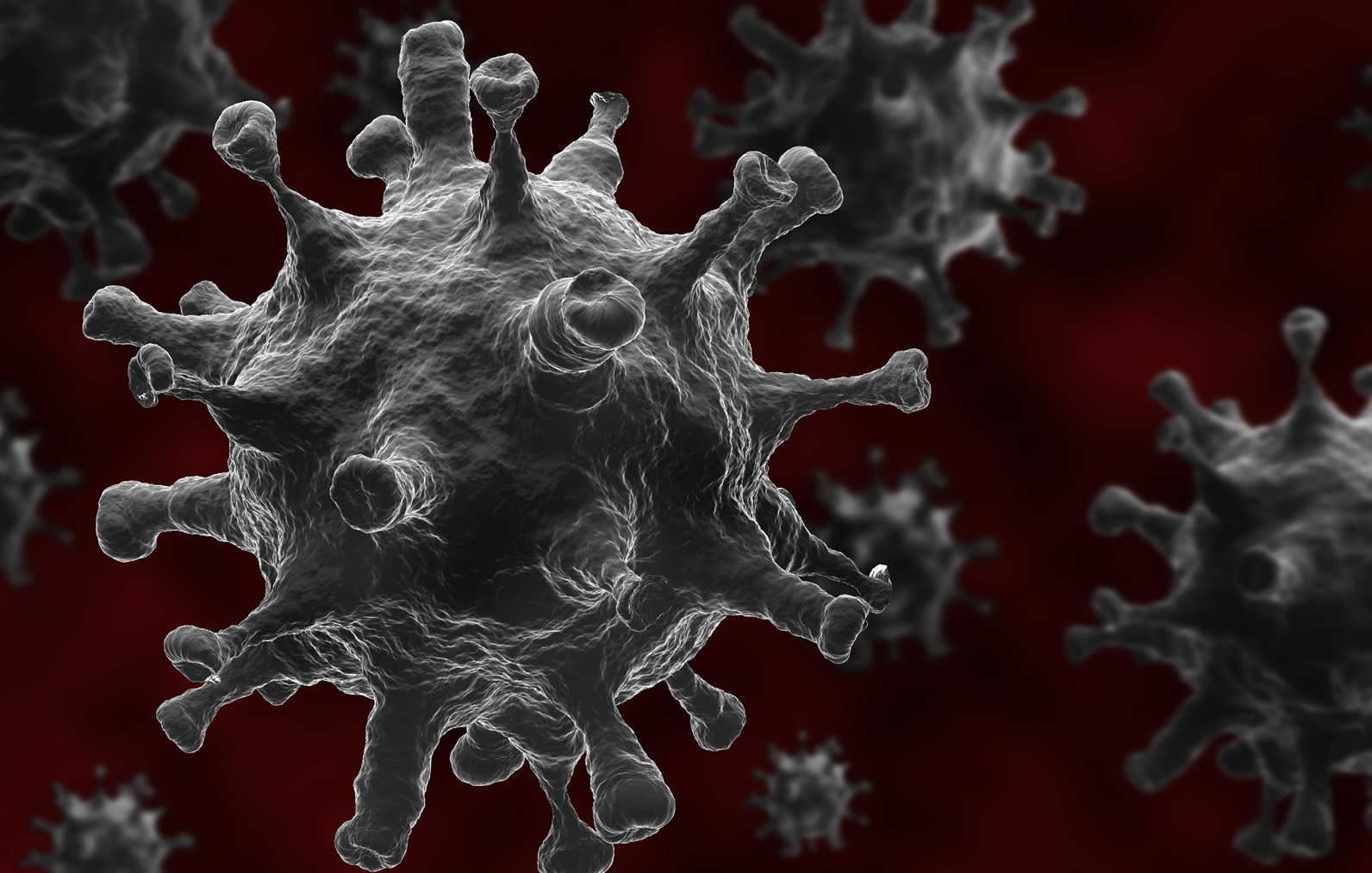 I'd like to share a revelation during my time here. It came to me when I tried to classify your species.

I realized that you're not actually mammals. Every mammal on this planet instinctively develops a natural equilibrium with the surrounding environment but you humans do not.

You move to an area and you multiply and multiply until every natural resource is consumed. The only way you can survive is to spread to another area. There is another organism on this planet that follows the same pattern. Do you know what it is?

Someone might have recognized the monologue, rather famous, and frankly I did not resist the temptation to use it to open this third contribution: a part of the human survival strategy can be described as Agent Smith tells it to Morpheus.

One part, truly a very small part, and we need a much broader framework: the systemic complexity of which we are heirs and evidence is enormously superior to that of viruses. But not unlike viruses, everyone's determination to deploy their own survival strategy has only one way to be stopped.

Rich and poor, young and old, literate and illiterate, male, female and transgender humans, nearly eight billion subjects have in common this emerging property, the vital uncoverable determination to deploy their survival strategy.

If we use the magnifying glass, we can see and identify differences, appreciable differences that identify each living subject as unique and unrepeatable compared to all others.

When we look for similar elements, common to  all subjects, we easily find them, of course, given the systemic similarity that underpins and legitimizes the judgment of belonging to one species rather than another: humans and viruses are both biological systems, but it does not take a genius to recognize that they are not part of the same species, at least as we have been able to identify and recognize them over the centuries.

With each generation, with each replication, the roulette of the chromosomal combination, of the copying of the DNA starts again: mutation and evolution go hand in hand, this I understand of the key concept of evolution.

Chromosomal combination can show recessive or new traits, DNA copies can be perfect, or have small variations, all those variations can prove to be valuable "instructions" for the survival of the organism in conjunction with a change in environment, or in relation to a stable but unfavourable environment: so the new or recessive traits, the "error" of copying can prove a winning weapon for survival.

Of course, they can also unfold in actions less adequate, less adaptive than the former dominant chromosomal traits or the original DNA, with this, essentially, putting to death, more or less rapidly, the new organism. They call it natural selection, quite an old-fashioned concept but still in good health, despite its hundred and fifty years.

Viruses mutate quickly, much faster than humans, of which very few and not so significant changes, mutations, have been recorded for thousands of years.... yes, it is true, some have "developed" a more powerful spleen, which makes them formidable freedivers. The cerebrum doesn't. Very stable, surprisingly stable.

And that the cerebrum, key element of our neural system, is relatively stable, in its systemic configuration, it’s an extremely relevant fact, for all of us: our complex survival strategies are mainly in there, transmitted from generation to generation.

Invincible, incoercible. To some extent, it must be recognized, they can be modified,  “educated”: to some extent, that is, they can be redirected, not blocked, not arrested, not zeroed out, this is not possible, at least according to what we all can observe and the continuous discoveries in the neuroscientific field. But partly redirected, yes.

I am son of farmers, fruit growers, fruit trees are part of my childhood and my adolescence: they grow, continuously, unless the roots are compromised by some beast, or by some poison, unless they can’t find nourishment and water,  then they die, they dry, and they no longer grow.

Otherwise they grow, develop branches, leaves, fruits, behave as their genetic code tells them, hormones do their duty:  for orchardists this is not enough , fruit plant species that do not require "a hand" to behave are uncommon , from the orchardists point of view. They would gladly do without roots, stems, branches and leaves, they are interested in the fruits, to be harvested and sold at the market.

And instead they have to deal with roots, drums, branches  etc., and later, in the end, with a little luck, a lot of luck really, finally, reap the fruits, sell them at the market, collect money, and try to make ends meet.

Some things can be done to educate plants, mainly two: cutting branches, pruning them, and bending branches. Pruning the branches to direct the nutrient sap to other branches, the lymph circulation can not stop. Bending the branches, tending to carry them horizontally, since it is usually more likely a fruiting bud emerges from a horizontal branch, thanks to the intervention of some hormones that "work" when the branch is horizontal, and work much less when it is perpendicular to the soil.

In short, the plant "knows" that it is "better" to put the fruit on a horizontal branch, it will fall farther from the stem, it should find soil in which to root and develop a new plant, more light, it will not have to fight with the branch to have space in which to grow.

But  the plant also “knows” that it  must survive, and so it develops mainly branches that go up, to catch air and light, indispensable to its life: the fruit growers don’t appreciate this, and so either bends the branch that would tend to go up, to the sky, or cut it, knowing that the sap will go to feed other branches. And the plant resigns itself.

They are both operations of a certain complexity, which orchardists have learned to perform over the millennia, with appreciable results with regards to the increase of plants productivity.

Even compared with plants, wonderful organisms, we are much more wonderful, enormously more complex: but also for humans the law remains that of viruses, and of plants, biblically summarized in "go and multiply".

Even humans obey, almost blindly, some laws, genetically handed down, inscribed in our neural system: in short, we are configured, systemically configured, to deploy some key actions, we see them every day, we all know them.

The first is protecting one’s own systemic and physical integrity, by any means… and these means are so many

The second is predation, by any means that allow us to feed and protect our organism: the triggering commands are associated with hunger, suffering, pain.

The third is to guard the sources of "supply", the forms are many and different, multiple, from attachment to mother, to stocking and segregating.

The fourth is the coupling, regulated by a "strategy" tending to monogamy with possible, even frequent, exceptions.

The fifth is the association to our fellows, or their variants, many forms here too

The sixth is the protection of the community of which we are members and of the offspring, I don’t even try to list the first possible forms

The seventh is to find one's rank, one's place in the pecking order of the community we belong, the higher the better

So far we are and remain on a level that we might call primary, in which our lives unfold without the need for thought: human thought, wonder of wonders, is made possible by our extraordinary neural system, the sub-systems that allow us to generate thought also present incoercible determinations, and we will have to deal with it.

Enough what we put on the plate so far, enough to understand that we are dealing with an evolved variant of the virus, pandemic for millennia, structurally incurable and irrepressible, if not ending the very existence of the whole of humanity.

Enough to conclude that living with our fellows, as soon as we leave the narrow confines of the real communities to which we belong, increasingly small, is a problem very difficult to solve.

Enough to understand that the rich and the poor are only side effects of our incoercible need to deploy the actions that our genetic code proposes to us with the same force as the command to breathe.

However, the (non-alternative) facts of these weeks are proof that we can contain this particular, native  pandemic, that we can achieve conditions of good existence for our entire species, which is, in fact, today in an even more evident and irrefutable way,  a  single planetary community.

Who and how did the whole planet fail to make the countries and nations effective and efficient safeguard for everyone's health: let us not...
By Ugo Bonora | April 6, 2020 | anger
Read More

Predation and Protection – Current Measures for The Homo Sapiens Virus

Let's take a look, bird’s eye, where the needy obedience to each of the laws that guide the human acts leads, and to the...
By Ugo Bonora | April 11, 2020 | anger
Read More