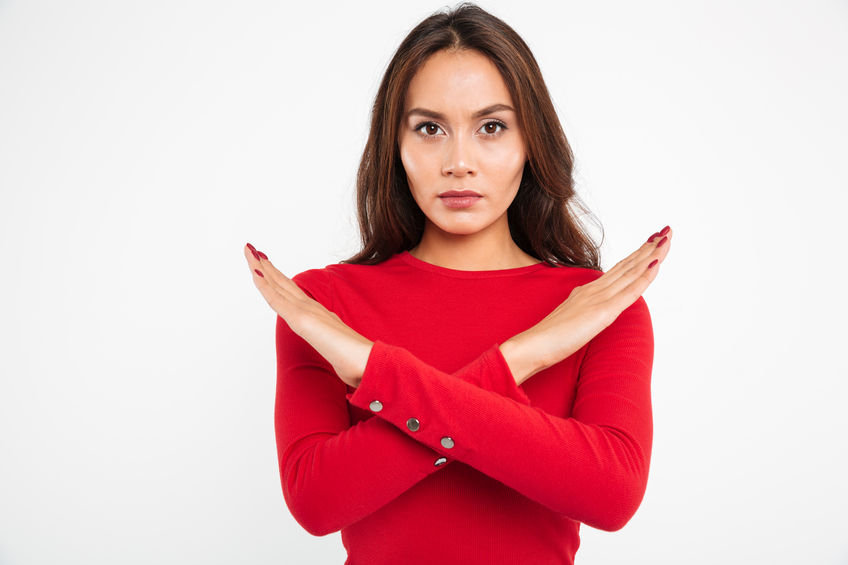 "I know the technique of administering negative feedback, Seven Step, seems good, it worked on me, but with my people doesn’t not work: already at the third Step it is very difficult to get an answer, at the fifth they remain there, dumb, and do not move.

I wait a bit, we never have much time, always under pressure, and so I go straight to the point and tell him what is best to do. "

Here is our first case: this is, with few adjustments, the narration that a department manager does to his boss, about the management of negative feedback, about the adoption of a specific technique, called Seven Step.

Nothing new, the mentioned technique has been in the public domain for several decades, perhaps under different names, essentially it is a protocol of managerial intervention that provides a sequence of actions, relatively specific, aimed at giving negative feedback to employees and to activate a concrete improvement plan.

The steps to which the narrator refers are finalized respectively, the first, to share a solid reason behind the negative feedback, which is all the more important as the more negative feedback relates to a specific behavior of the collaborator, for example the directly observed non-use of the prescribed personal protective equipment, the fifth to obtain from the collaborator a proposal, an action plan that generates the expected result.

The manager to whom the narration has been addressed has engaged in a considerable coaching work with  his collaborator, so the department manager rightly feels authorized to turn to him to solve the problem, and his boss, after asking some clarifications, tells his conclusion:

“You know the technique, you have not completely focused the pauses, the silences and the listening: they are essential steps to get people to share and make proposals. On the third step you need to be very careful, the good reason that motivates and supports the negative feedback must be good and valid for them, not just for you.”

The boss of the manager is a manager, frequently managers are practical and direct people, and ours does not seem to be different: the indications that it provides are entirely shareable, even if we do not have the details that our manager-coach has obtained from his manager-coachee.

We know the technique in question, let’s start from the first case, in short our manager tells us: I do not waste time to share obvious reasons, I go to the point, I tell him what is NOT good and what is best to do.

Apparently we are quite far from Helping Leadership, although with a bit of goodwill we can consider "the good instructions" given by the leader as a form of help, if only to keep away from the reproach of the chief himself, basically just do as he says. Why else? Because if not he keeps on reproaching, and maybe, if you keep bothering him, try to throw you out… you do not want to jeopardize the job and salary, do you?!?

We do not know whether this exercise of command obtains, locally, the desired result, and to what extent, and certainly it would be interesting to have the data: we know two things, of some importance. The first is that this form of leadership ceases at the moment when the boss has no more sanctioning power: If its reproaches have no practical effect, listening falls to zero.

The second is that we intercept only a small part of what the other, the collaborator, needs, leaving the rest inactive, and even risking to feed on conflicting behaviors, more or less masked or hidden.

Unless the other is a Helper that we have independently and freely acknowledged as such (and this is the fruit of our codes), what comes from the other is not ours, and does not help to meet our needs: so we obey to avoid sanctions, which is wise and prudent , but hardly the idea of the other becomes ours, hardly the commitment to realize it our moment of satisfaction, sought, wanted, hardly we will put into play our best solutions, hardly we will spontaneously propose, maybe too much, alternatives and projects.

What about the Boss? The leader? The one hearing his boss telling him he has not focused silence and listening, he has not payed attention to the quality of the reason of the reprimand, negative feedback? The one who has to do with people who don't do what they have to, or do what they mustn't?

Of course he too, same needs of all: technically, the collaborators are helpers of their leader, they are here,  paid to help to realize the collimation of real and virtual of the boss, virtual which tallies (or should) with the virtual of its boss, on up to who is top of the hierarchical pyramid.

The negative feedback to the employee is a ring of a chain that does not start when the collaborator does what he must not or does not do what he must, begins, for our manager, with the emerging of evidence that, he, the boss, has failed: his codes have not been effective enough to prevent unsatisfactory results, not achieving the collimation between the objective (virtual environment configuration) and the result (real environment configuration).

The boss is struggling with negative feedback that concerns the effectiveness of his own codes, emotional, operational, of symbolic thought, and its nociceptive system indicates peremptorily that we are not there, that there is danger, there are threats to its survival.

It is necessary to find an adequate solution to this, this is the first problem to solve: our boss may consider different solutions, from denying that the event is significant (and well, for once he did not wear the PPE!, how hard can it be!), to move the focus on the collaborator (hammerhead, he does not understand, it's him that does not work, my codes are great!), to resume the matter from its real beginning.

Namely from the evidence that he, the boss, has NOT been acknowledged as Leader (Helper) by his collaborator, and see what can be done to change the situation.