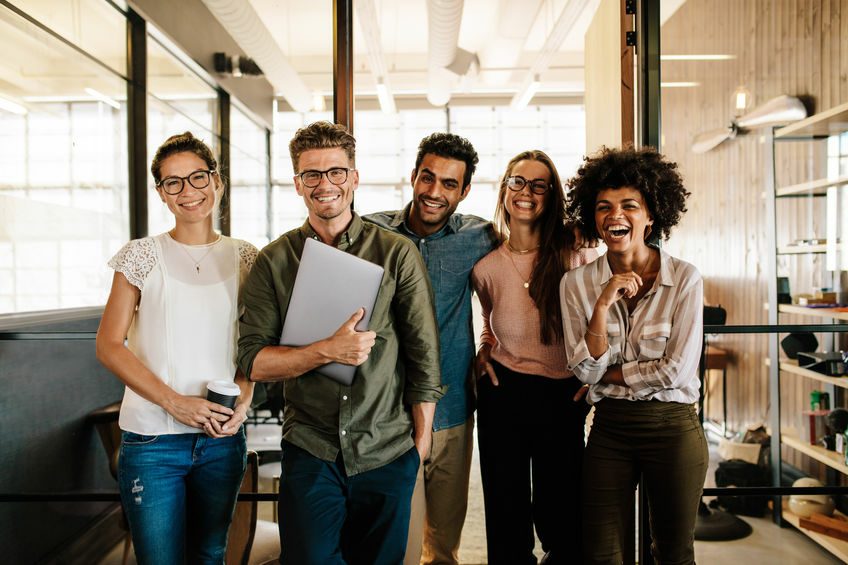 That's it? 1) to explain and share the good reason that makes the obtained result not acceptable, 2) to obtain from the collaborator the action plan, his proposal for a solution, 3) help to achieve it.

These three actions help, improve the chances of getting a proper solution to the problem on time, go in the direction of getting the Helper acknowledgement, but they are not enough, they do not necessarily get the acknowledgement we need.

Let's take the simplest case, the two have just started to collaborate, and let’s make it a little harder: the collaborator is not a foreman of a heavy industry manufacture department, is a millennial, valuable resource assigned by very little, new collaborator of your high-tech industry department, he has arrived late at the meeting and with his piece of work definitely slapdash, so delaying and complicating the work of the entire team.

Nothing to report in the previous few days, on the other hand it just arrived, the interactions were necessarily few: but we know that the constitution of the other is a process that activates immediately, and uses what each finds in one’s own history, pieces and characters of one’s own Ego system, similarities and resonances with other significant persons previously encountered, and, of course, "knowledge", dislikes and sympathies that can even come from the genetic code.

Our millennial, of course, from interaction with others, with new colleagues, has collected material about his new boss, tales, gossip, or even maybe just hints, nuances, micro-reactions, maybe even by others, before coming to us. And each collected item makes the Helper’s budget, assets, liabilities, costs and revenues...

The same for our manager, who diligently prepares for administering the negative feedback, using the Seven Step technique.

In the technique is expected an extremely interesting step, and not easy to execute, just the first: positive acknowledgement. Which means that in the first moments of the interview the manager must commit himself to produce signals, signs and evidence that, unequivocally, make crystal clear to the collaborator that there is nothing personal, that there is esteem and trust, that the collaborator is not the problem to be addressed, but that there is a problem to deal with and solve together.

Ideally it is easy, it is the old and very useful separate-person-and-problem, people are never the problem, only some behaviours, observable and describable behaviours can be.

In practice it is another story, even for experienced and well trained managers. The most difficult point of this initial step is the contribution of our emotional system, from the primary emotional codes, simple and very effective: oh boy, arrived late, with a slapdash job, we risk being late with the delivery and all the team will have to put their hands again on their piece, like hell I reserve the "positive acknowledgement", this guy is a threat to me and the team.

The rip-off are the mirror neurons, they record mechanically, relentlessly, the emotion that is there, not the one we have in our mind, and so the collaborator knows whether the "positive acknowledgement" is true or fake.

To be precise, its mirror neurons know it: what the collaborator does about what it knows is another story.  Therefore it is not said that it does not take for good a simulation, not even that it doesn’t reject a genuine positive acknowledgement... during the exercises prepared to train on this step, there are many who immediately comment: here the gimmick, it begins with the caresses and ends up with the catch.

The history asks and gets its tribute, changing it is not a short or easy thing. The point remains: do we try to change or renounce? To exercise the Helping Leadership we must try, knowing what we are doing, at every step.

Is the emotional system a problem?

Yes, the emotional system, and its codes, is a problem, a problem to solve, a question to answer: we can not exclude it, no human can, and then it is considerably  useful in many situations, even being able the damage would be greater than the gain.

As we have seen previously (see emotions and emotional codes) it is a system which integrates other systems outputs, sensorial, motorial, directing (proficeptive) and alarm  (nociceptive): for our manager the alarm goes off when the collaborator did what he had not and did not do what he had to.

The alarm is triggered, pushing us to act immediately to align things: if we function correctly, the alarm must be triggered. If it doesn't click we have another problem, we'll take care of it again.

Let’s remember that when we say alarm, transmitted by the nociceptive system, we are dealing with a physical, personal suffering, and not with a siren that sounds somewhere: this type of alarm is immediately touching us, directly and very effectively.

The emotional system predisposes us to immediate action, immediately, every moment is a matter of life or death: the old code to manage the threat is fly or fight, simple and direct… and with this the positive acknowledgement goes out the window.

We can endure, temporarily, our pain, to have time to fix things, but not for long: ignore the alarm? Impossible, and moreover not advisable. Inhibit fly-fight code? Possible. In any case the emotional report remains, and just a trace of anxiety (variant of the primary emotion called fear), or of annoyance (variant of primary anger) can be enough to direct our collaborator’s emotional system. Positive acknowledgement? Impossible.

So the Seven Step technique blows up, the Helping Leadership goes down to the ground, what are you talking about, “Helper”!

How do we get out? Any effective and technically viable solution requires that we know what we are dealing with, and now at least we know a little more: and then that we have some idea of how to deal with it. A viable way is called Postulate of the Best