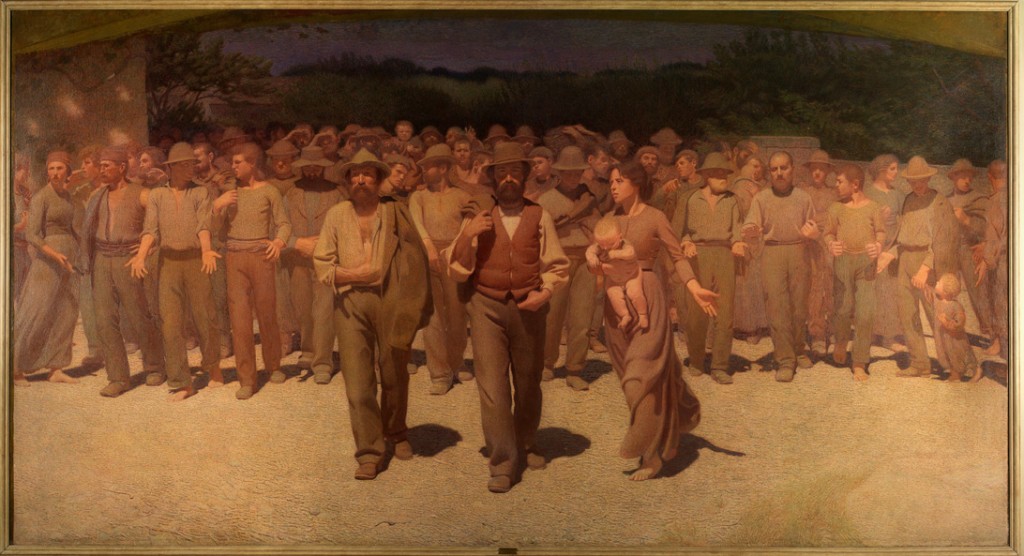 Who and how did the whole planet fail to make the countries and nations effective and efficient safeguard for everyone's health: let us not play games,  don’t even try to hide behind the fig leaf of the elusive complexity of the functioning of the economies of peoples and nations, we know how it has happened and continues to happen.

At least we pretend to know it.

Not even the WHO presents particular difficulties of identification, there are lists, public lists, couched by the media, by our newspapers, by Forbes, by Fortune: today, joyfully, the Italian newspapers give news that the richest of the Italian nation is Ferrero, heir to that Ferrero of Nutella, founder of the company Ferrero, who passed away not  long ago,  indisputable worldwide success, Turkish hazelnuts included.

Nor we have to be economics specialists, nor to have done who knows what special studies.

The Who and How are before our eyes, and there are also those who, authoritatively and honestly and truthfully, have taken the trouble to put together the pieces, reconstructing the connections between history and the present, modulating the language to present evidence and findings so that even those who do not have particularly sophisticated cultural tools can   understand.

Personally, I found magistral the reconstruction carried out by Noham  Chomsky, Requiem for the American Dream,  a 2015 movie,  lucid and incisive the reconstruction of the mechanisms adopted to maintain and open more and more the gap between rich and poor, between the wealth held by the few and the misery shared by all others.

Precious, punctual, sometimes boring and s little banal  the work of Stiglitz, Nobel Prize for Economics awarded in  2001, for more than twenty years warns  and warns, see for example  " The Price of Inequality: How Today's Divided Society Endangers Our Future "  W.W. Norton & Company, 2013.

Mocking and insulting, but, to what is known today, reliable, and even moderate, the thread unraveled by another fairly recent film, The Big Shot, also released in 2015.

Without having to resort, as we certainly could, to countless studies and contributions to the subject that date dozens, hundreds ofyears, of many authors, our numbers, today's numbers, with some local variations, more or less, tell us that the proportion 10-90, on the planetary level, is reasonably reliable: 10% have and hold the right of access and ownership on 90% of the resources and wealth of the entire planet,  90% have to get away with 10% of the resources.

Since when? Certainly since we started recording who has what and who has not what, a few hundred years... but we can sincerely doubt that before the industrial revolution things were different: going back the course of time, 1500, 1200, 1000, 500, 100 after Christ, and before that, until the dawn of the times of the so-called civil society, 2000, 3000 4000 years before Christ, we guess the “golden ratio" 1:10  has not changed.

And we are talking about numbers that describe the "legal" wealth, the one protected by today's legislative systems, letting go of any attempt to consider the illegal one, theoretically not protected by law: let us not kid ourselves, here law means men and women of law, armed forces, legally and  physically armed, who also and above all  have  the precise task and objective of protecting and defending property.

Again, the property, the right of access and destination of use of resources, houses, means of production, raw and processed materials, stocks, in short of everything that declines the term "resource". Property that, if not protected with the mighty strength of the armed forces of the states, of the governments, if unguarded, would end up locally disputed between those who claim ownership and those who wish to take over, a contention that would find a solution with the defeat of the weaker of the two contenders.

This was before the founding of the states, before the famous Social Contract. These are things that, everyone, young and old, literate and illiterate, know, or can easily imagine.

Let's go back to our rich and our poor: the first answer that even a child could give to the question"who and how caused the whole planet to miss the effective and efficient garrison to the health of all",  in front of the evidence of the few who have so much and the many who have so little, is  not difficult to guess.

The little finger would bet confidently on the group of the rich, rascals and crooks, without a social conscience: the money has been ripped off by them, of course, the resources have been hoarded by them, with this making impossible the job of those who are tasked with protecting our health.

And yes, there are also the resources stolen from so-called organised crime, which is not imaginary or the result of a conspiracy plot, each country has its own, one or many, and there is no doubt that they have their weight: if I do not remember badly the relationship between the GDP of the many states and governments legally recognized and the GDP of organized crime is around 10%, not that little, certainly, but compared to the resounding 90%  of the rich, it’s hilarious.

So what do we do? Do we expropriate the rich once and for all? It is illegal, unless it is ordered by those who are legally entitled to formulate and enforce this provision, therefore by governments, which are required to strictly respect the law and constitutional principles of their countries.

I don’t think we really needed Chomsky to discover that the laws, the legislative activity is among the first activities presided over by the caste of the rich, of course pro domo sua, promulgating laws and and sneaky new laws, ordinances and circulars that protect them, poor rich people!

It does not take NASA scientists to be able to recognize that the so-called economic power, that is, the group of those who legally own 90% of the planetary resources, is, let's understate it, the key determinant of political power, that is, the persuaders, if not blunt puppeteers, of the more or less picturesque figures that individually or in groups alternate on the political stage, no less than those who wander the corridors and backstage of politics.

And  we know that, in fact, the law prevents us from taking this course of action.

It would seem that the path of the democratic and legal procedure for amending the law only remains, present in many, if not all the legislations of the states of the world... apart from the biblical times we can easily predict, I think we would still go astray.

The knot, definitely and flatly, is not the laws opposed to a "more equitable" distribution of resources, nor even these poor wretches who make up the small minority of the rich on the planet. Experiments already attempted throughout history, and all failed, they should not be repeated: from the French revolution to the Russian revolution, from the Russian revolution to the Chinese revolution, scraps of our more or less recent past.

And those who rise to propose to "liquidate" the rich, guilty of manipulating the law for their sole benefit and to be protected,with their immense, legendary fortunes, by the armed forces, should not be heard, they should be blocked and cared for, lovingly assisted, until they have recovered the cool use of intellect.

Here, too, it is simple history, nothing complicated: until now the caste of the rich, the mighty, has proved worse than couch grass and bramble, not only as ineradicable as the old good crabgrass, even shape-shifting, able to camouflage itself for a long time so as not to be intercepted, to become as volatile as the immense capitals that appear and disappear every night in this or that country, thanks to our powerful technology.

Almost uncatchable, and even when taken, and expropriated under the law, the void left by the unfortunate, really unfortunate and "expropriated" rich is  quickly filled by the next candidate to join the caste, who is there and has been waiting for nothing else for a long time.

On this topic the "lessons of history" are clear, they are like the matter that we know, obedient to the law of conservation of energy: they can neither be created nor destroyed, only converted from one form of rich to another.

I'd like to share a revelation during my time here. It came to me when I tried to classify your species. I realized that...
By Ugo Bonora | April 8, 2020 | anger
Read More

Predation and Protection – Current Measures for The Homo Sapiens Virus

Let's take a look, bird’s eye, where the needy obedience to each of the laws that guide the human acts leads, and to the...
By Ugo Bonora | April 11, 2020 | anger
Read More