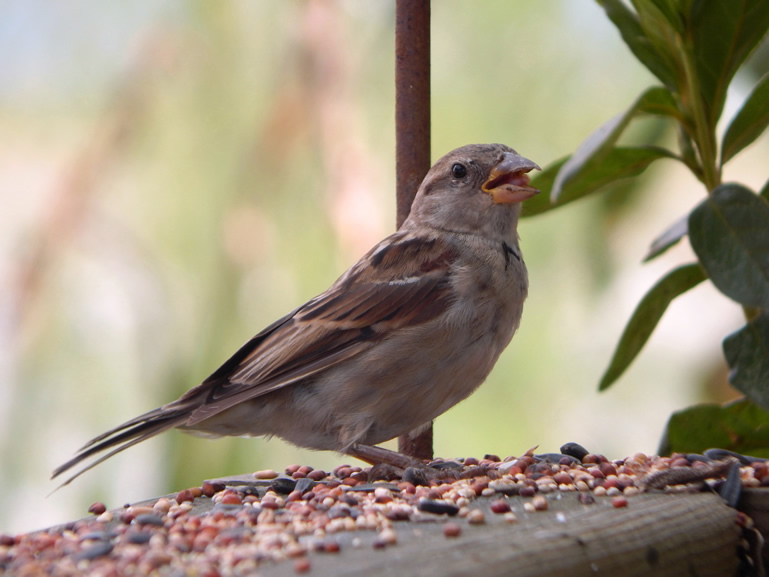 A promising starting point is the ability to produce noises, sounds, abilities that the ancestors of our species have acquired in the course of the evolution of biological life.

Not only the subjects of our species have this capacity, a capacity that here and for us is one of the emergent properties of a living biological system: given that “capacity” is quicker to use in place of "emergent property of a biological system", we will continue to use “capacity” to avoid the long periphrase, but we will try to remember the meaning that we adopt here.

The production of acoustic signals, accompanied by the availability of a sensory system capable of intercepting those signals, greatly facilitates the coupling, rearing and protection of the offspring, the search for food, the protection of the territory, cooperation between subjects of the same species, and not infrequently between different species.

At this very primitive level we do not need the mind (whatever we mean by mind, unfortunately we will have to deal with it, but not now), we are dealing with "simple" motorial reflexes: the little bird chirps, while it jumps here and there, skillfully discovering what of which it feeds.

This form of life, the bird, the common sparrow, which we can certainly consider enormously simpler than the formidable complexity of the most primitive of our human ancestors, is, however, already enormously complex, formidably more complex than, for instance, the Eukaryote.

However, from the Eukaryote the sparrow has inherited almost everything, including the nuclear element of the motorial system, which in the course of billions of years has evolved, in that species, into the complex motorial system of the smallest and lowly common sparrow.

Not unlike what happened to us, in the evolutionary history of our species.

At the beginning, then, it was the sound... maybe we were a little lazy, staring into the ability of a specialization of the motorial system, almost always integrated in the oldest digestive system, the point of beginning of the narration.

To a more accurate look, it seems more plausible that the starting point is located before, before the ability to produce sounds or noises, and it goes back to what we now lightly call emotion.

I say lightly because almost none of us are aware and keep in mind that, when we say emotion we indicate a process and a phenomenon of considerable complexity, whose origins arrive plausibly to the amoeba, to its expansion in search of nourishment and recoup on contact with harmful substances.

We probably have to do, from the outset, with the interweaving, with the integration of at least three systems: the motorial system, among the oldest, the nociceptive system and the proficeptive[1] system .

The nociceptive system is that system that "deals" with signalling to the system of governance of the broader system of which it is an integral part (for us humans is our entire organism), and which constitutes part of its reference environment, of being present of a configuration of environment unfavorable, threatening, adverse to the survival of the major system (for us, still, our entire organism).

The proficeptive system, symmetrically, is that system that deals with signalling to the system of governance of the broader system of which it is an integral part (still our whole organism), and which constitutes part of its reference environment, of being present of a favorable, promising environment configuration supporting the survival of the major system (still, our entire organism).

The second uses the language of pleasure: the more intense the pleasure,  the more favorable are the configurations that we meet.

Certainly in the amoeba these two systems do not exist: their existence is conditioned by the existence of a sufficiently full-bodied neural system, and ours undoubtedly is, over 100,000 kilometers of neural filament and 10 to the 16 neural connections.

But also that of the Sparrow is enough to allow, so to speak, a sophisticated management of its seemingly simple and monochord chirping. In the chirping, in other words, we find intertwined operations of several systems, (sensory, proficeptive, nociceptive and motorial, at least) operations integrated by the neural system, and that result in plexus-sequences of actions governed, guided, by related neural codes.

We are far from E = mc2, but not so much: to get there we will have to reconstruct the intervention, the contribution of other systems and face the wonder of the virtual environment, extraordinary dowry delivered to each human being.

We shall not and will not forget that E = mc2 has its deep roots and its profound reasons and origins in the daily and inescapable commitment to survival, by-product of the work of the systems that preside and allow the survival of our species.

[1] Needless to look for this lemma, it is my neologism: in the literature there are references to the centers of pleasure, because the scholars seem not have realized yet that, for our safeguard, it is better,  more efficient and effective, to count on two independent systems of classification of the environmental configurations which we are dealing with, limiting themselves for now to recognize the existence of the nociceptive system, and, for the rest, fiddling with the so-called pleasure centers.

I have a dream. Effective Narrator is who is welcomed as a Helper, the effective narration consists in the presentation of elements (pronounced words,...
By Ugo Bonora | April 25, 2019 | narration
Read More
We use cookies on our website to give you the most relevant experience by remembering your preferences and repeat visits. By clicking “Accept All”, you consent to the use of ALL the cookies. However, you may visit "Cookie Settings" to provide a controlled consent.
Cookie Settings PrivacyAccept All Reject All
Manage consent