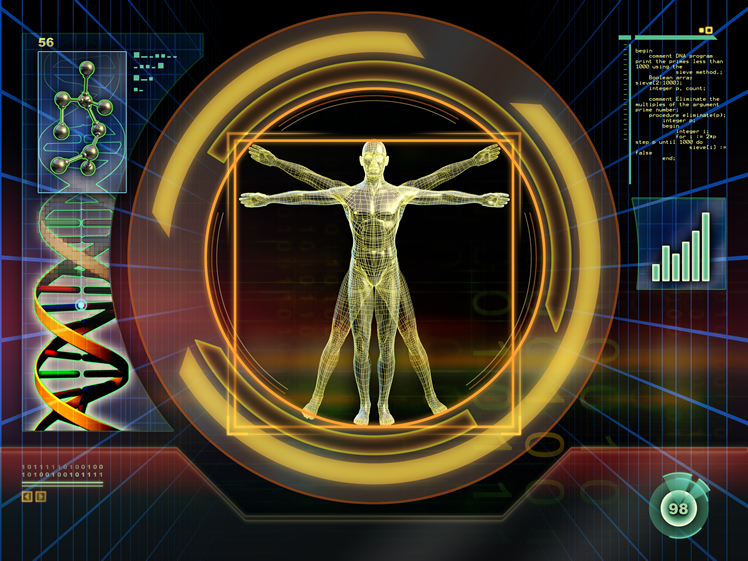 Is it not enough to exist, to be a person?

Usually, if we have nothing better to do, we do not deal with these philosophical contortions.

Maybe someone came to mind Cartesio (René Descartes, my high school teacher was inflexible on that), with his I-think-so-I am, or maybe Damasio, more recent, with his I-feel-so-I am (in the sense of feeling emotions), but in our daily life, for us, the answer is obvious : we are alive, we exist, of course we are persons, I-you-she-we-you-they, it’s elementary.

We quickly get used to wealth and good health, who has it does not think, only when we lose one or the other we discover how complicated, complex, everything that revolves around us, the conditions that allow us to feel good: even for our purposes , we must abandon the restful condition of the obvious acknowledgement of the person's elementary existence, and start from farther away.

No one knows exactly how we function, thought, memory, learning, attention, conscience are only terms that indicate something that is not visible to us, but that connects, links pieces of our real environment: something that is certainly connected to our neural system, even if no one can say exactly how.

In short, we use conjectures, to orient ourselves and try to get along, the best we can, in dealing with our operations: if on the one hand we have to resign ourselves to the long time of scientific research, of which it is not possible today to have even an idea of term, awaiting certain and finally explanatory answers, on the other hand we can try to improve our provisional conjectures.

To get to the Narrating-I, we have to equip ourselves with something more than we have so far deployed, we need to further articulate and enrich our conjecture into a conjecture that helps us to solve some paradoxes otherwise insoluble, and to compose, link elements otherwise inconsistent: in short we need another system.

Among the paradoxes and contradictions we can certainly place what we call leadership, and the relief that derives from "good" psychotherapies: our autopoietic nature, whose feedback is indubitable, almost "objective", is incompatible with both.

In the face of the obvious existence of the ego, we fumble when we try to explain the "functioning" of the couple, of the group, and definitely surrender to the emergence of the multiple personality; consciousness, awareness and unconscious provide infinite hard times.

It is keeping in mind also these elements that we have decided to equip ourselves with a conjecture, the systemics, relatively more articulated than those commonly available today, and that we now integrate it with another system, the Symbolic Thought System, whose coupled environment is constituted by the problems that the Operating Thought System, integrated with all the other systems mentioned before, failed to resolve[1].

Nothing new, an excellent and complete collection of the ways of thinking about thought is available to us for over two thousand years, those chapters that collect all the possible variations of three types of operations: Metaphor, Metonymy and Synechdoche.

One of the most common deadlock of operational thinking is to treat the part as if it were the whole: the phlogiston has dominated the medical diagnosis for centuries, before anyone came to mind that there could be anything else, and began to go in search of viruses.

With a little patience and a lot of time we could identify for each variant a "concrete" example: if the patience is not lacking, the time instead is, the point seems solid enough to allow us to proceed.

And it is also and especially in the control of interaction with others, with The Other, with those configurations of environment in which we find our fellows, that things are often difficult and incomprehensible, where the solutions of the Operational Thought System often prove to be ineffective, and where the Symbolic Thought System manages to attenuate, if not solve, the difficulties.

This is an abbreviation, a simplification of the complex path that we should have done to be able to account for how the difficulties that our systemic machine faces are treated, for now we take it like this, and go ahead: the first problem to solve seems to be who or what is the Other.

But we can not avoid, when having to deal with this, more or less simultaneously, to tackle also with the correlated key of any Other we can identify: yes, the Ego, of course.

For the Operational Thought System, the Other and I are only two sub-configurations of the broader environment configuration, two "objects" integrated into the virtual environment which it has to deal with: self-awareness, constitutive of the subject, the constitution of the “object I” as a thinking subject, self-conscious is one of the fruits of the work of the Symbolic Thought System, system that precisely deals with the problems that the Operational Thought System can not solve.

So we see the gradual stratification and development of our ability to generate Neurograms, (relatively) stable neural codes of our actions: from hereditary unconditioned reflexes, endowments of the first four systems ( motorial, sensorial, proficeptive and nociceptive ones), to the conditioned reflexes, contribution of the emotional system, which we will have to re-examine shortly.

And now let's see how we may tackle with the Ego and the Other.

[1] It would be very long, and I am afraid uncomfortable, to bring back here the whys and wherefores of this decision, so I postpone at a later time the task, which I partly played in my previous work, a few years ago. As we have seen so far, the reference to other scholars is reduced to the bone, not to say non-existent: unfortunately my research obtained zero results, things, as we are looking at them now, seems to have not yet occupied anyone. Although reluctantly, I indicate the only reference I know, which unfortunately is my work.