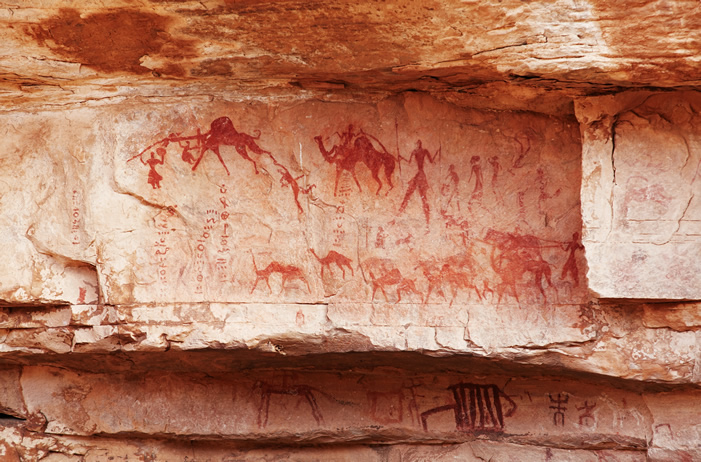 A long way to go remains, but we have come a long way: we can begin to propose a first alternative description of the substance of the narration, alternative when compared to those commonly circulating.

As we said at the beginning, the narration is an action, and, on the basis of our premises, any narration is therefore useful and has for its end to provide support to our survival: it is however a very special action, which is useful to understand, the best we can, what is made of and how it works.

Let us begin with the basic "substance", which we can accept as the common root of any form of narration, and which we have begun to identify: we are dealing with an action, necessarily guided (controlled, governed...) by neural codes, by plexus-sequences of specific neurograms, which in turn are the fruit of the incessant work of what we called Operational Thought System [1] , system struggling with the problem of identifying the best possible action for us in relation to the virtual environment configuration which it has to deal with.

The narration is therefore, in any sensitive shape, sound, visual, olfactory, tactile, kinesthetic, the best result of an enormously complex elaboration carried out by our systemic machine, it is the best action that at that moment we can deploy to govern, with life-saving outcomes, our interaction with the environment for how it is configured at that time.

We could do many other and different things, our systemic machine could produce or assemble instructions, codes, plexus-sequences of neurograms to guide actions completely different from the narration: but no, among all the possible actions, all the possible elaborations, that and only that one takes, so to speak, body and life.

In the common language we could say that narration, narrating, is the best answer that we have been able to find respect, on the one hand, what we need, on the other on the conditions, the configuration of the environment in which we are.

Except that common language is likely to slip into a dead end, that almost all scholars of the last century have taken, and that we seek with every care to avoid: the dead end is called stimulus-response, accepting this connection between Environment and System means to grasp in the slightest part the richness of what is before our eyes.

And above all it means to get stuck, without hope of solution, in paradoxes and contradictions, from the separation between observer and observed object to the failure of the predictions necessarily based on the strict causal link.

Our real environment is the result of an enormously sophisticated elaboration, fruit of the process of evolution of the biological life of billions of years, in which an incalculable number of generations have succeeded, of experiments of adaptation of the biological life to the conditions of the environment, different for each species, different for each living being.

What we risk of no longer seeing, accepting the idea of "being responding" to the pressing needs of which we can not free ourselves, is the wonder of the incessant dance in which we find ourselves, of our continuous changing to the changing of our environments, real and virtual.

The problem to which we must continually give "response" is of course to survive, not to change, but in the incessant and inevitable changes... so it is for every form of biological life.

Where surviving means keeping our systemic configuration relatively stable, in a sense, despite the incessant and inevitable changes, what we have called autopoiesis; in curious opposition, which seems to be the hallmark of organic life, to what every existing thing seems condemned, visible and not visible, and that is to a constant increase of entropy... at least so say our brightest human scholars.

To understand what happens to us, it is better to be on guard against making connections of the cause-effect type, stimulus-response type, they are often useful simplifications, which can be used without significant damage; better to try to maintain a perspective in which between what happens we can find connections more similar to dance-with, flow-with, change-with, the best approximations that I found going in search of the meaning of "correlation".

Not that there aren’t very good reasons, upstream of the common inclination to adopt the simple link cause-effect, is a long story, exciting and beautiful, that maybe I will try to narrate, not here and not now.

Narrating is the best way, to put it simply, with which and through which, at the moment when we narrate, we succeed and survive.

Of course, this special life-saving action meets obstacles, and often seems followed by unpleasant effects, we will have to enter into detail later.

At this point we cannot postpone the questions concerning the narrating-subject, and with it those that concern the subjects who receive the narration: we must nevertheless bear a little longer, before taking care of the narrating-subject we are obliged to better identify the conditions of its existence.

[1] Then we will have to introduce an additional system, the Symbolic Thought System, so it is useful to gradually get used to indicating the first system of elaboration of possible options of government interaction with our environment with a name sufficiently precise: name that incorporates a partition known in the studies on thought that dates back to the last century, precisely operational and symbolic, distinction that we gladly adopt because it simplifies a little the task of the exhibition.

Anchorages that we have since only some tenths of years, provided by that wonder called CPU and our ordinary personal computers, by our Windows or Mac OS and the infinite Apps we use, so we can go further. We have the privilege to start at least, if not complete, research, observation and study of the systemic machine capable of producing those wonders.